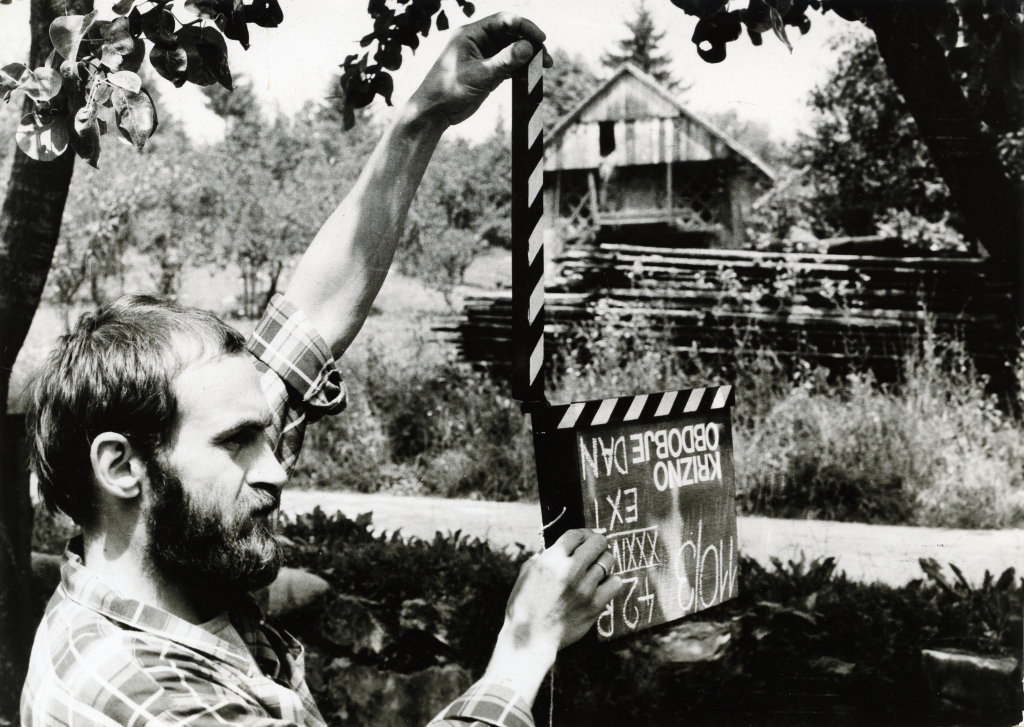 On October 27 2007, at the age of 55, director, scriptwriter, producer and pedagogue Franci Slak, man of great spirit and true legend of Slovenian cinema, passed away. He was one of main supporters of our festival, program consultant, permanent president of expert jury and a great friend.

Born in 1953 in Krško, he studied film direction in Ljubljana and continued his studies in Lodz, Poland, where he received his Master's degree in 1978. After a few amateur movies he started his professional film career with short documentaries and experimental movies. Since 1980 he was lecturing on Academy of Theatre, Radio, Film and Television in Ljubljana. His most renowned movies are "Umpstone" (Butnskala), "Evildoers" (Hudodelci), and "When I Close My Eyes" (Ko zaprem oči, first Slovenian movie nominated for Foreign Language Oscar). On 200th anniversary of birth of Slovenian greatest poet France Prešeren he made critically acclaimed TV serial "Prešeren", one of biggest live-action projects in history of TV Slovenia.

In the role of producer he was also involved in movies "Outsider" (1996, director Andrej Košak), "Blind Spot" (Slepa pega, 2002, directed by Hanna W. Slak) and "Here And There" (Tu pa tam, 2004, director Mitja Okorn). All the time he was also helping and mentoring countless young enthusiasts and talents when they were making their debutant movies. Because of all that, our Young Vicious cats section, dedicated to short amateur movies, now bears his name: Slak's Vicious cats, in order to honour his immense contribution to Slovenian film in general, as well as his restless dedication and support for young, not yet established authors.

Shortly before his death he made a low-budget TV movie "On Earth As It Is In Heaven" (Kakor v nebesih, tako na zemlji), which he brought to the festival straight from the editing room in august 2007, so we could proudly feature pre-premiere screening of one of very few Slovenian genre (fantasy) movies. As a true enthusiast, he found time in between his duties as the president of the jury to shoot short parody movies with our crew - his last appearance in one of them was just two months before his untimely death. Franci's unending dedication to film has spawned many sparks of inspiration, that have very often led to genuine fires of creativity. This flame will keep on burning...