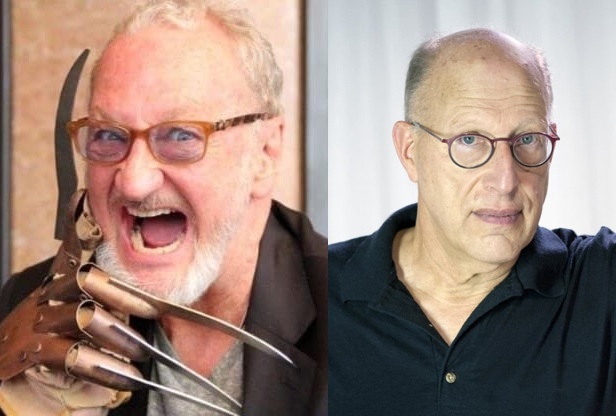 This year’s Grossmann Festival will be in the sign of Freddy Krueger. Namely, our upcoming 18th edition will host guests of honour Robert Englund and Jack Sholder.

The festival starts on 9th and 10th of July in Ormož and then continues from 12th to 16th of July in Ljutomer. As always, you will be able to enjoy a selection of wonderful feature, short and documentary films, competing for the festival awards – Vicious Cats. This year, the festival also returns with full-blown accompanying program.

We are very proud to announce this year’s guests of honour, actor Robert Englund and director Jack Sholder.

With the character of Freddy Krueger, Robert Englund created one of the most iconic horror villains in cinema history. Freddy stands side by side with timeless movie monsters such as Phantom of the Opera or Frankenstein’s monster and has become a global pop culture phenomenon. In 2021, A Nightmare on Elm Street (1984) was selected for preservation in the United States National Film Registry by the Library of Congress as being "culturally, historically, or aesthetically significant". Robert Englund acted in more than 80 films and numerous TV series, currently you can watch him in the latest season of Stranger Things.

Jack Sholder reserved his place among genre film giants already with his debut feature, cult horror Alone in the Dark (1982), featuring amazing performances by Jack Palance, Donald Pleasence and Martin Landau. Next was the first and most transgressive of all the sequels in series, A Nightmare on Elm Street Part 2: Freddy's Revenge (1985). With his best-known film The Hidden (1987), he provided another timeless classic, an incredibly unique blend of science fiction and police thriller.

We will honour both guests with special retrospectives and Master Classes, and will present them with our honorary awards at the closing ceremony of the festival. Jack Sholder will also be the President of the Jury for the main festival award, Vicious Cat for Best Feature Film.

Our film program will also feature a special tribute to the 100th anniversary of Nosferatu, South Korean horror film retrospective, and a selection of some of the best current genre films from all around the world. More guests and full film program will be revealed shortly.

You are also invited to take part in our expert workshops and sing up as volunteers. While all information on accompanying program will be released timely, we can already give away that the zombie hordes are returning to Ljutomer on the last day of the festival, when also the award ceremony and tribute to our guests of honour will take place.

The amazing festival poster and other visuals are once again taken care of by Ivica Stevanović.

The tickets will be available in presale in bundles or individually on the days of screenings. The festival also provides free camping in close proximity to Ljutomer’s swimming pool. Otherwise, we recommend that you make reservations at nearby accommodation facilities. And we will take care of tastings of various culinary goods from the region!

So, see you at the 18th Grossmann Fantastic Film and Wine Festival!
Where even nightmares are fun! 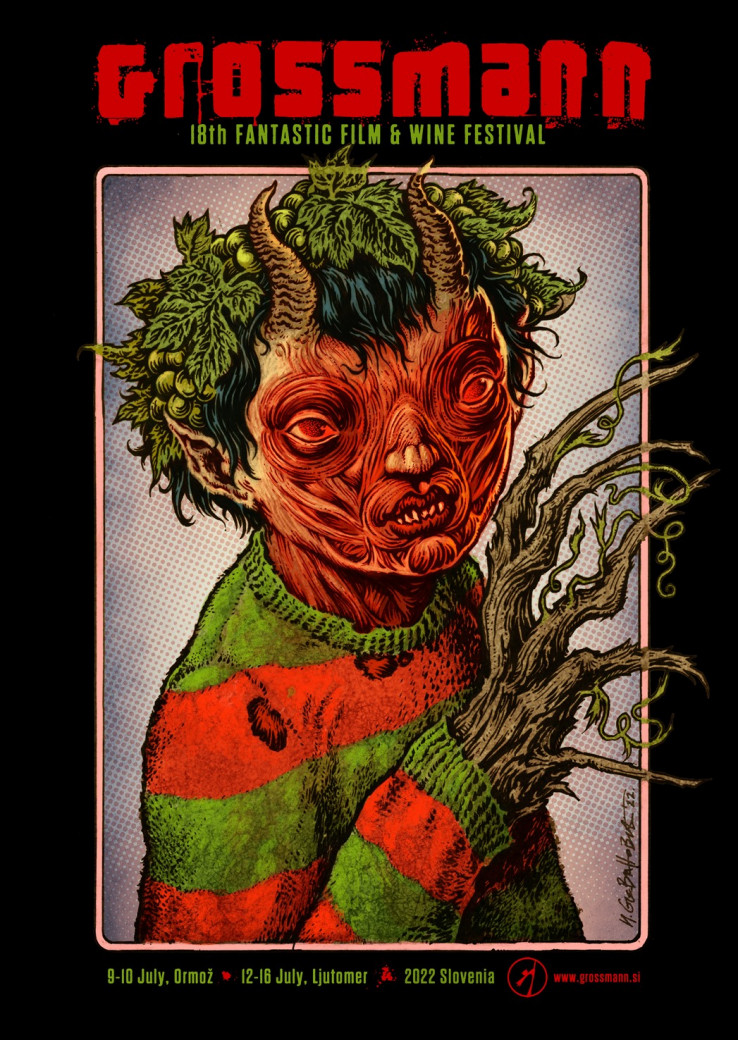